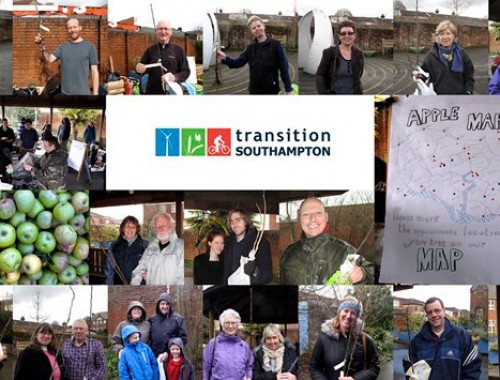 Transition Southampton who occupy space from us in Southampton, are committed to working with local communities, organizations and local government to help develop positive solutions that meet the imminent challenges of fossil fuel scarcity (‘Peak Oil’) and Climate Change.

Below are some of the things that they have managed to do since starting as a very small group of about 15 people in November 2008. 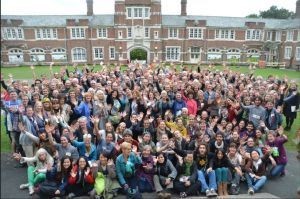 Transition Southampton recently held a Network conference. This was the first one they had ran since 2012! It was held at Battersea Arts Centre in London.

The conference began on a Friday. It kicked off with our skills; where there was a choice of offerings which included a transition launch training, becoming your own developer, conscious collaboration and loads more!

The conference kicked off at 6.30pm. To welcome all delegates there was the local choir Glorious Chorus singing. The conference then went onto a traditional mapping exercise where you got to know each other more, going around the room mapping from youngest to oldest, geographical location and where people had come from and lastly how long they had been doing Transition. This is when everybody got to know who they were spending the next few days with. 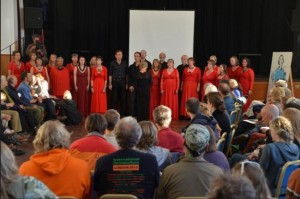 The opening closed with Glorious Chorus, who sent people off out into the night, first to eat, and then possibly to the Bar, with a song.

Saturday opened with sunshine! People made their way down to the sports hall. There was additional people who joined on the Saturday, this saw a difference in numbers and groups suddenly became bigger! Working in groups people were then asked to write down what they were bringing to the conference, what they were looking for and what they were celebrating. This was all pinned up along the sports hall wall. The first workshop session offered an embarrassment of riches.  There were workshops on, among other things, the Transition Health check, Caring Town Totnes, how does change happen, Indigenous Wisdom, conflict resolution, REconomy, Common Cause and social media, followed by lunch in the sunshine, which also featured the launch of Howard Johns’ new book , Energy Revolution.

The afternoon began with another round of workshops, this time including Bike Maintenance, Flat pack Democracy, setting up a Local Entrepreneur Forum, Sociocracy 3.0, a Truth Mandala, Food Assemblies, and setting up a local currency. With so many great workshops on offer, choosing which to go to wasn’t easy for people! 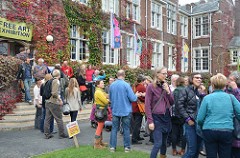 After the break, there was another, but more spacious, choice to be made.  Some people headed off to sit on the grass in the sunshine, to have a sleep, or to play football.  Some attended an amazing ritual, designed and facilitated by Sophy Banks called the ‘Requiem for the Industrial Growth Society’, which was widely celebrated as having been deeply moving and powerful. Others went to the Transition Webcast, something we’ve never attempted before.

They would like to thank each and every one of you for your energy and commitment to making the 2015 international Transition conference such a success. The aim throughout has been to make the conference as accessible as possible to people on a low income and we have not yet fully covered our costs. 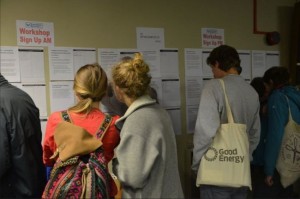 If you would like to read more and see pictures and videos from the conference then please click here which will forward you to the Transition website.