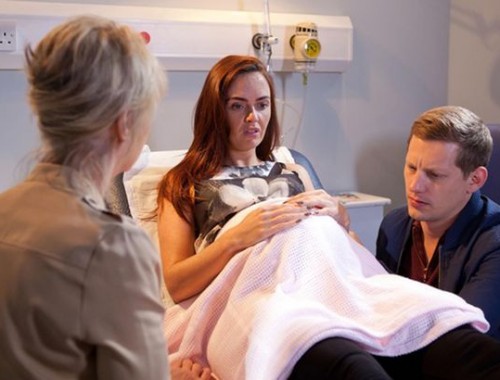 Sands which stands for stillborn and neonatal death, are a charity that supports anyone who has been affected by the death of a baby before, during or shortly after birth. They offer emotional support and information for parents, grandparents, siblings, children, families & friends, health professionals and others. Centric have had the pleasure of housing Sands in several of their locations including Swindon.

Sands have recently worked alongside Channel 4 soap Hollyoaks on the storyline in which character Mercedes McQueen’s baby was stillborn.

Bereavement support officer of Sands; Erica Stewart has advised the team at Hollyoaks to ensure they get an accurate understanding.

Stillbirth is not rare and is a tragedy that can happen to anyone. Sadly thousands of babies die every year in the UK. In 2013 over 100 babies were stillborn every week or died soon after birth. As you can imagine this would shatter the lives of the expectant parents, friends, families and literally anyone that cared for them.

*Data from the office for National Statistics

Sands supports anyone who is affected by the death of their baby. From when they find out right through to the weeks, months and years ahead.

Hollyoaks has such a young focus and to cover this devastating experience is a fantastic way to raise awareness. This will also help to highlight the fact that not only is it the expected parent that this can have effects on but also the other family members, friends and just genuinely anybody that cared about them.

We understood this can be very upsetting for some viewers to watch, so we decided to open our helplines during and after each related episode.