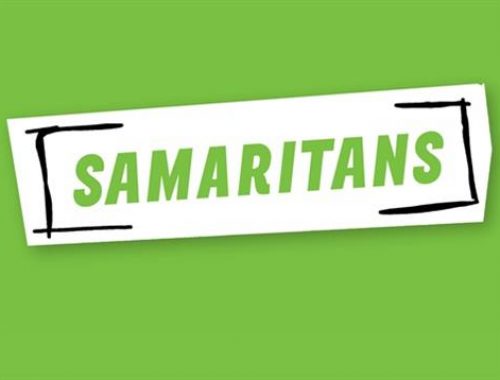 Today is National Samaritans Awareness Day. This anniversary takes place annually on the 24th July, a cleverly chosen date (24/7), to pay homage to the work that the Samaritans do every hour of the day, every day of the year.

Samaritans is a registered charity that aims to provide emotional support to anyone in emotional distress, struggling to cope, dealing with mental health issues, or at risk of suicide. 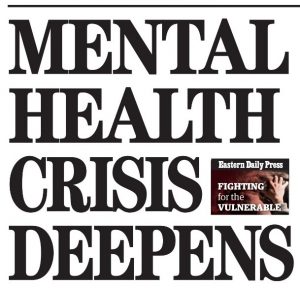 The issues that the Samaritans set out to support and combat in 1953 are more important today than ever. Suicide kills three times more people than road traffic accidents. The latest NHS survey on mental health & wellbeing found that 1 in 5 people had experienced suicidal thoughts and feelings. In 2014 the European death rate for suicide overtook HIV/AIDs. This places it, at the last investigation by the World Health Organisation, as the 15th leading cause of death across the globe.

Despite this increasing risk and the severity of mental health issues across Europe, latest studies are finding that the NHS is failing to provide adequate support for those suffering with mental health concerns. At the end of 2016, a report was published which polled NHS healthcare providers. These providers represent almost all of England’s 240 NHS hospitals, Mental Health services, and ambulance trusts. Overwhelmingly, this report found that those who work within the NHS feel that the service is failing to provide adequate care for mental health conditions such as anxiety, depression, and eating disorders.

More than half of the NHS trust leaders surveyed feel they are unable to manage the mental health demands of all individuals, but fail particularly in areas concerning children and young people. 72% of psychiatrists who specialise in treating children and adolescents say that NHS care for under-18s experiencing a mental health crisis is either inadequate or very inadequate. 80% of NHS bosses expressed fear that, due to on-going changes and cuts to NHS finances, they do not have enough money to provide timely, high-quality mental health care to those who need it and worry for the future of UK investment into mental health research and care.

This lack of adequate support is even starker in smaller groups, and particularly BME communities. The mental health charity Mind found that, overwhelmingly, BME communities often have a higher rate of mental health crisis and need, but less access to the services that the NHS offer. The rates of mental health admission are currently higher for all minority ethnic groups than for the White British groups. For some demographics, like Carribean and African, this rate is almost double. There is a 20% higher rate of forced admission or detention under the Mental Health Act for Black African, Carribean, or Any Other Black backgrounds than for the White British demographic (Glover and Evison, 2009). Despite these high admissions, people from BME backgrounds remain much less likely to be offered long-term Mental health support by NHS providers, are refused inpatient status at a higher rate in NHS hospitals than the White British Demographic, and rates of access to ‘secondary mental health services’ are significantly lower for BME groups than White British.

Across the board, suicide is on the rise in the UK, with around 5,000 committing suicide in an average year in England alone. Support services are strained, demand is higher than ever, desperate change is needed, and more support must be provided.

The Samaritans is an organisation led largely by unpaid volunteers who number over 20,000. Founded in 1953 by Chad Varah, the Samaritans were the first UK telephone support line and since 1984, have received over 68 million contacts and enquiries. They receive some form of contact, via email, telephone, or post, every six seconds.

They function every second of the day without a waiting list. They field calls about absolutely anything. If you are feeling down in any way, struggling with emotional distress, or simply need someone to talk to – the Samaritans are there.

If you want to know more about the Samaritans, head to their website as www.samaritans.org. If you are going through any difficulties and need someone to speak you, you can reach the Samaritans by telephone on 116 123. The number is free to call and open 24 hours a day, 365 days a year.