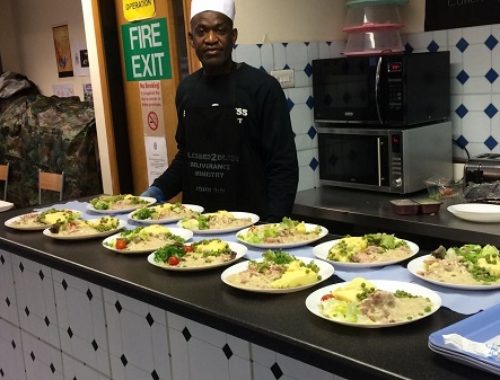 Since embarking on their mission, Blessed2Bless have helped over 20,100 people, seeing a soar through the Covid-19 lockdown, and their hard work and positive impact has been recognised by the Birmingham Westside BID department. 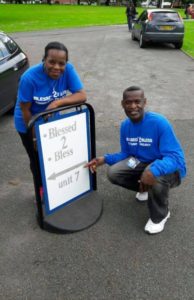 Pastor Lebert Dawkins, who has previously experienced homelessness himself, said “Blessed2Bless is a charity that helps feed the homeless and those struggling financially. The food bank is just on a Saturday, but demand is increasing due to coronavirus. More people are losing their jobs and becoming homeless. We have seen the crisis grow with demand increasing every week.”

Pastor Lebert said they are providing around 75 food parcels which are given out to people in Birmingham as well as further afield such as West Bromwich and Wolverhampton.

He added: “Some of the food we receive comes from supermarkets, but it is also donated by individual people.

The charity, which originated in the United States before coming to Britain nearly six years ago, has now extended its help by offering cooked meals to frontline NHS and care staff.

Pastor Lebert said: “It’s a new thing we have started because of the work they are doing on the front line. They need all the support they can get, so we are serving them hot meals to collect.”

The doors to the food bank are normally open on Saturdays between 1pm and 2:30pm. Visitors are required to maintain two metre social distancing in accordance with guidelines.