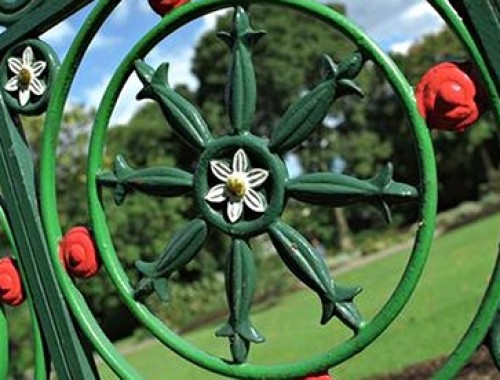 With warnings that many of Britain’s parks are on a financial precipice, some are looking at novel ways to meet running costs

The people who run the community-owned Heeley park in Sheffield know local visitors love its orchard, wild-flower bank and walking trails. Annual park festivals draw crowds of up to 6,000.

But that loyalty is about to be tested as the park considers asking regular users for a voluntary £10 a year subscription to help pay for running costs.

The idea is among 11 experiments in how extra funds might be raised amid mounting fears for the future of Britain’s parks amid public spending cuts. Others include developing income from new wild-flower meadows and woodland and seeking financial endowments more usually associated with museums, libraries, schools and colleges.

Grants totalling £1m to develop the ideas have been announced just weeks after the Heritage Lottery Fund (HLF) warned that parks were on a financial precipice as significant and protracted public spending cuts threaten to undo two decades in which more than £700m of lottery funding helped rejuvenate many green spaces.

The grants are being awarded by Nesta, once a public body, now a charity promoting innovation, the Heritage Lottery Fund (HLF) and the Big Lottery Fund.

At Heeley, lottery cash has helped mould the park from an unloved space left by housing clearances. It was given to a charitable trust on a 125-year lease 17 years ago but paying for day-to-day maintenance has been a challenge. Up to £45,000 a year has be found through local fundraising just to do the basics; planting, weeding, mowing and other chores, by a handful of paid staff and many more volunteers.

The trust’s Andy Jackson said: “People have a range of expectations about parks – that they are run by local authorities, they are free, and already paid for through taxes – but the picture is very complicated. We are looking to create an annual subscription for our park as well as fundraising, income from our other projects (which include a social enterprise recycling old, as well as selling new, bicycles), and corporate sponsorship.

“Without a block grant, you need a baseline income you can plan for and rely on. That is what we are missing”, said Jackson. Though no decisions have been made on a subscription fee, “we think £10 a year is not unreasonable. But there is a lot of work to do to test that. Our community is not workless but is indebted. We are in a vulnerable northern economy where folk are finding it hard. The challenge of how you raise money and make people feel included, without making others feel excluded, is part of the learning process.”

Among ideas being floated to attract subscribers are offering them priority booking for paid-for events or extra news and educational material through the park website, highlighting, for instance, when the first swallow arrives in the spring or how many blue tits are nesting, building on the intimacy between local people and the park’s wildlife. “We have a very loyal local population who love the park and tell us so,” said Jackson.

In Burnley, Lancashire, the council and the Offshoots community project will see if they can raise extra funds for the town’s parks through growing crops, creating bee farms and making more use of woodland. Towneley park already has a hay meadow enjoyed by the endangered British black honey bees tended by Offshoots, and its experience in making honey, furniture wax and soap and candle making will be tapped further as will its harvesting of wood for furniture and other uses.

Turning more land to meadow, with the hay sold off for winter feed for livestock, or to borage, whose oil could be used in food manufacture or health supplements, and ways of recruiting more volunteers in park maintenance will also be explored.

Phillip Dewhurst, Offshoots manager, said: “We are extremely interested in waking people up to the possibility of local food production.” Planting in local parks’ floral beds was becoming more habitat-friendly too.

“Instead, for instance, of having hybrid dahlias, which don’t produce nectar or pollen, we will replace them with nectared, pollen-generating plants of equal colour and interest.”

Simon Goff, head of Burnley’s green spaces and amenities department, said parks were not being turned over to nature. “Where we don’t need to cut the grass, we won’t, so we can cut the grass better where we do. We are getting an environmental benefit, where we have more biodiversity, fewer carbon emissions and a different kind of park to look at.”

Elsewhere, the National Trust will help Sheffield and Manchester councils investigate philanthropic sources through endowments and whether their public health funding can be used on parks too because they help people’s physical and mental wellbeing.

Corporate support will be examined for Bloomsbury Square, London, and in Darlington, County Durham; while ways of generating public giving are also to be tried in Bournemouth, Glasgow and Edinburgh. In Bristol, new routes into employment and better maintenance of the parks may be provided through training in horticulture, and in Hackney, London, new services, including “pop-up” meeting spaces for businesses are being examined.

Lydia Ragoonanan, leading Nesta’s Rethinking Parks project, said: “Parks play a central role in communities throughout the UK, but we’re at real risk of losing these vital spaces … Nobody wants parks to be closed, be privatised or not be free and accessible to people.”