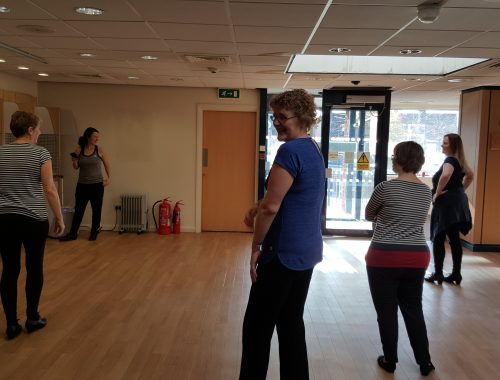 Saturday 11th November saw the grand opening of Neston Theatre Arts at Brook Street. Formerly the job centre, the building has now been given over for use by Neston based Registered Charity Little Actors Theatre. Collaborating with Centric Community Projects, landlords in Neston are enabling their empty properties to be put to good use in the community by charities.

The grand opening was attended by the children from Theatre Club and DramaTots with their families and friends plus invited guests. The guest of honour was MP for Ellesmere Port and Neston Justin Madders.
Justin cut the ribbon saying that it was a ‘tremendous opportunity to have a base’ in Neston and that its use would bring ‘life into the town centre’. Joining Mr Madders was Pat Kynaston, Neston’s Mayor, Councillor Louise Gittins, Deputy Leader of CWaC Council,other Neston Town Councillors and members of the Neston Arts Network. 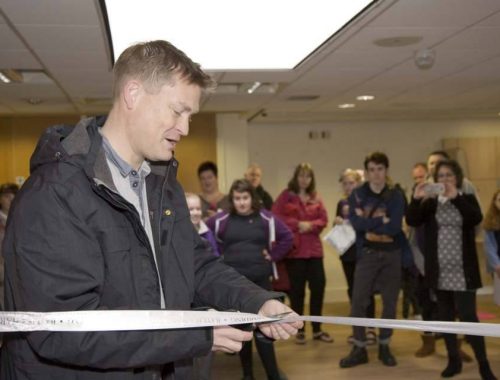 The children were occupied in the singing/dance and drama classes with professional actors Mike Lockley and Natasha Symms at the helm. The guests were given a guided tour of the space by Artistic Director Samantha Giblin who explained how the space will be used to house a dance studio and drama rehearsal space, breakout spaces, an office and storage for a wardrobe department and a set/props store. 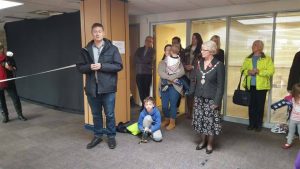 Guests were treated to refreshments home baked and donated by parents and supporters. As it was Remembrance Day, the guests and children came together at 11am to join the nation in the two minutes silence.

Samantha Giblin thanked all of those volunteers (mums, kids and Trustees) who had helped get the building ready for use. Having been empty for three years it needed a good spring clean and the theatre equipment needed to be set up to create a studio work space. Community volunteers would be most welcome to help with the running of the building and the theatrical services on offer. 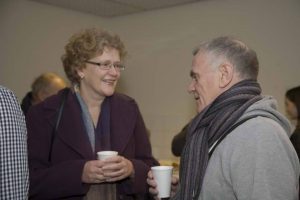 Little Actors is planning to begin an adult programme of work during the day and at weekends. This will include drama, dance and writing workshops. Scholarships will be available to ensure all workshops are accessible and inclusive. The first new class – Dance Fitnes-ton begins on Friday 17th November at 9.30am. All workshops will be led by highly trained and experienced professional actors. 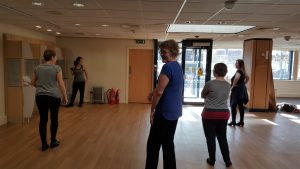 If you are local to Neston, you can find details of the plans for Neston Theatre Arts @Brook Street and how to sign up for courses from the Artistic Director on 0151 336 4302 or email littleactorstheatre@outlook.com. Or alternatively, just pop in to 26-30 Brook Street, Neston CH64 9XL.