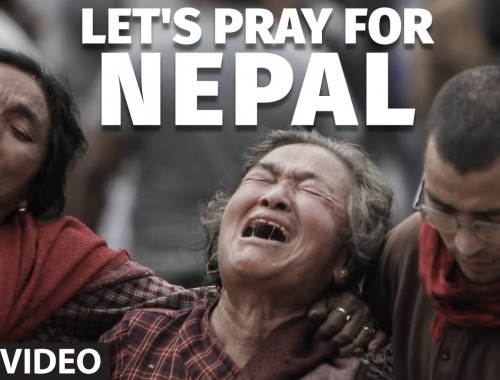 The 2015 Nepal earthquake has killed and injured more than 6,300 people

It was the most powerful disaster to strike Nepal since 1934 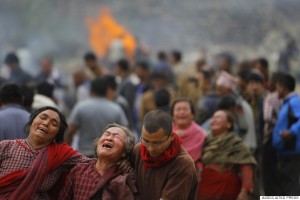 Some casualties have also been reported in the adjoining areas of India, China, and Bangladesh. India responded with Operation Maitri for rescue and relief in Nepal by its armed forces and also evacuated Indian and foreign citizens from Nepal.

The earthquake occurred on 25 April 2015 at 11:56 am at a depth of approximately 15 km (9.3 mi) (which is considered shallow and therefore more damaging than quakes that originate deeper in the ground), with its epicenter approximately 34 km (21 mi) east-southeast of Lamjung, Nepal, lasting approximately twenty seconds. The earthquake was initially reported as 7.5 Mw by the United States Geological Survey (USGS) before it was quickly upgraded to 7.9 Mw and finally downgraded to 7.8 Mw. The China Earthquake Networks Center (CENC) reported the earthquake’s magnitude to be 8.1 Ms. The India Meteorological Department (IMD) said two powerful quakes were registered in Nepal at 06:11 UTC and 06:45 UTC. The first quake measured 7.9 Mw and its epicenter was identified at a distance of 80 km to the northwest of Kathmandu, the capital of Nepal. Bharatpur was the nearest major city to the main earthquake, 53 km (33 mi) from the epicenter. The second earthquake was somewhat less powerful at 6.6 Mw. It occurred 65 km (40 mi) east of Kathmandu and its seismic focus lay at a depth of 10 km (6.2 mi) below the earth’s surface. Over thirty-five aftershocks of magnitude 4.5 Mw or greater occurred in the day following the initial earthquake, including the one of magnitude 6.6 Mw 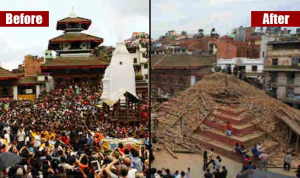 According to “Did You Feel It?” (DYFI?) Responses on the USGS website, the intensity in Kathmandu was IX (Violent). Tremors were felt in the neighboring Indian states of Bihar, Uttar Pradesh, Assam, West Bengal, Sikkim, Uttarakhand, Odisha, Andhra Pradesh, Gujarat, in the Indian capital region around New Delhi and as far south as Karnataka. Many buildings were brought down in Bihar. Minor cracks in the walls of houses were reported in Odisha. Minor quakes were registered as far as Kochi in the southern state of Kerala. The intensity in Patna was V (Moderate). The intensity was IV (Light) in Dhaka, Bangladesh. The earthquake was also experienced across southwestern China, ranging from the Tibet Autonomous Region to Chengdu, which is 1,900 km (1,200 mi) away from the epicenter. Tremors were felt in Pakistan and Bhutan.

The earthquake killed at least 6,300 and injured more than twice as many, as of 30 April 2015, Nepal’s Prime Minister, Sushil Koirala, has said that the number could reach 10,000. Earthquake expert Max Wyss issued a predicted death toll of 57,700 based on earthquake intensity, housing construction type and population density. The rural death toll may have been lower than expected as villagers were outdoors working during the time the quake hit. 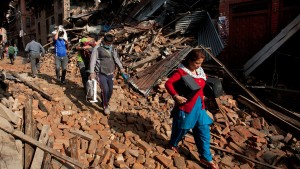 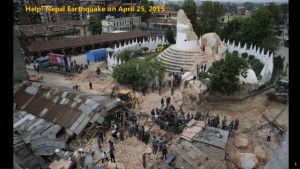 On 27 April, The Himalayan Times reported that as many as 20,000 foreign nationals may have been visiting Nepal at the time of the earthquake. As reports come in from isolated villages, it is possible that total deaths may reach or exceed the more than 10,000 killed in the 1934 earthquake. Hundreds of people are still considered missing and more than 450,000 are displaced.

As of 4:14 p.m. 27 April in India, Home Minister Rajnath Singh, confirmed that 56 people died in the state of Bihar, 12 in Uttar Pradesh, 3 in West Bengal and 1 in Rajasthan.

This is such a tragic and we urge everybody to support the people in Nepal.

12 of the charities that are supporting Nepal:

Top 5 ways you can support Nepal: 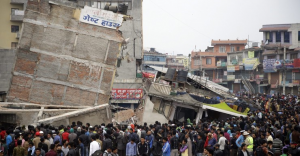