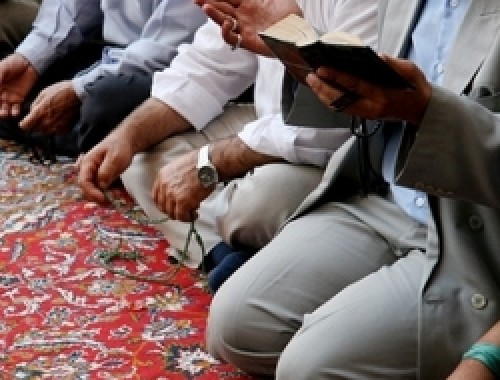 The Muslim Charities Forum has said its members expect to raise a total of around £50m for their causes during the holy month of Ramadan.

The umbrella organisation canvassed its members, which consists of aid agencies, asking how much they expect to raise during Ramadan which started last week. A spokesman from the Muslim Charities Forum also said that across the sector, the organisations would predict around £100m to be raised during the month.

Jehangir Malik, UK director of Islamic Relief, the largest Muslim charity, said the charity typically receives a third of its annual income during Ramadan and it expects to raise £10m from public donations. The charity will also receive match funding up to £5m from the UK government.

He said: “Already we are seeing the benefit of this partnership, with online donations up 45 per cent on last year in our first ten days of fundraising. We have made a very positive start towards our £10 million target for public donations, which with match funding would generate a total of £15 million.”

Last year Islamic Relief, a member of the Muslim Charities Forum, said it expected £100m to be donated during Ramadan 2013. This figure came from research on how much British Muslim charities raised in Ramadan 2012. However, this figure does not take into account Muslim giving to non-Muslim charities.

Muslim Aid, another member of the Muslim Charities Forum, said that it aims to raise £5m during Ramadan.

Jonaed Afzal, fundraising manager at Muslim Aid, said: “This Ramadan, Muslim Aid aims to raise £5million for the hungry, suffering and impoverished around the world. Ramadan is a time for worship, reflection, spirituality and alms-giving, and at Muslim Aid we provide an efficient, cost-effective service to both our beneficiaries and our donors. We welcome all people of conscience to contribute to these efforts.”

During Ramadan most Muslims meet a religious obligation to give to charity or the poor, known as zakat, worth 2.5 per cent of an individual’s wealth.

UK Aid Match is the Government’s scheme to give the public a say in how a portion of the aid budget is spent, by matching public donations to charity appeals for projects to reduce poverty in developing countries.

UK Aid Match was launched in June 2011, and Islamic Relief has so far been awarded match funding for its 2012 and 2014 Ramadan appeals.