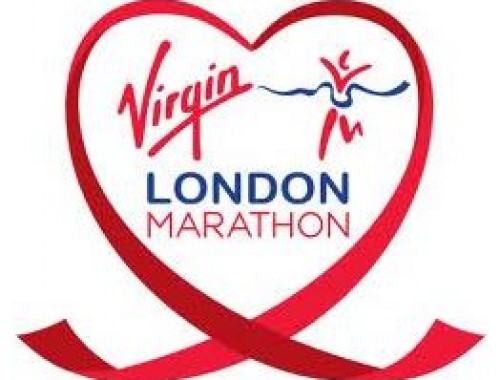 The London marathon is coming up guys! Taking place on 26th April in London.

History of the London Marathon

The London Marathon was created after the former Olympic champion Chris Brasher returned from running the New York Marathon. He was so inspired by the sight of more than a million people from different cultures united by this one challenge, he felt London had to have its own marathon. After months of studying the race organization and finances of big city marathons, Brasher established the organization’s charitable status. His vision was realized on 29 March 1981 with the inaugural London Marathon. It was an instant success.

Be part of the Virgin Money London Marathon. Whether you run, walk or cheer from the side-lines, this is a London sporting institution.

Some run for personal achievement, some to raise money for their favourite charity; and many run in outrageous fancy-dress. Previous years’ costumes have included a giant penguin, a London bus, Superman, and a slow-moving snail. The Virgin Money London Marathon is open to all abilities, from beginners who walk the course to professional athletes, including previous competitors Mo Farah and Paula Radcliffe.

The route runs along the south of the Thames before crossing the river on Tower Bridge before continuing along the north side. From Greenwich and Blackheath to Buckingham palace, runners pass some of the capital’s most iconic landmarks, including the London eye and the Tower of London.

Our CEO Julie Ion used to go to school with someone who is taking part in the marathon; Rosie ChinChen.

Here is what Rosie ChinChen Director of Fundraising at Amnesty International UK had to say:

The countdown is well and truly on! This is the nice bit of all the training – lots of pasta and a few light runs before the big day on Sunday! I don’t think anyone who knows me would describe me as sporty or athletic; instead I am relying on something I have in abundance – stubbornness and determination – to see me to the finish line. Pushing on through the pain and the tiredness will be a lot easier if I know I have raised a good sum of funds for Amnesty International and the protection of our human rights. Please do be generous when you sponsor me – just open up any newspaper on any day and you will know why Amnesty International is needed in this world

As of this morning Rosie has managed to reach her target and raised £4,319.56.

We will catch up with Rosie after the event to find out how the day went.

PDSA getting involved in London Marathon 2015

We are fast approaching the London Marathon, our largest fundraising event of the year and a team of 17 amazing runners will be making their way to London this weekend; some from as far north as Scotland, to complete the 26-mile course. Their hard-working team of runners have been busy training for the London Marathon for over six months, running thousands of miles in preparation and training through the cold, wet, winter nights.

The vital funds raised by the team of runners will go towards the treatment of pets like Buddy, a loyal Labrador from Gillingham in Kent. Buddy has formed a unique and life-changing bond with Jacob, a 10-year-old boy with autism. But the relationship almost ended in tragedy when Buddy faced death after eating chocolate, which is highly toxic to dogs.

Buddy needed emergency treatment and it was touch-and-go whether he would survive. Eventually, after two long days, Buddy was out of danger and well enough to come home, Jacob was overjoyed.

Jacob’s mum, Christine, said; When Buddy was sick it would have cost us hundreds of pounds for his treatment, which we just couldn’t have afforded. I’m so grateful to PDSA; they’ve saved Buddy’s life, which has made all the difference to Jacob’s life too.

It’s not too late to support our runners

There is still time to help the PDSA team of runners hit their fundraising target for sick and injured pets. Simply text Vet to 70007 to donate £5.* alternatively, you can click here to make a donation online

Unfortunately, Oli Croft, our vet from our Basildon PDSA Pet Hospital, The Coco Marcus Centre, is now unable to run this weekend due to circumstances beyond his control. Oli will be running a marathon in aid of PDSA in the near future soon.

All the money raised from our runners, including Oli, will be used to help poorly pets. So far, with your help, they’ve raised an amazing £150,000 which will pay towards the treatment costs of the 470,000 pets we see each year.