Home News International Day of the Disappeared
Share this page:

International Day of the Disappeared 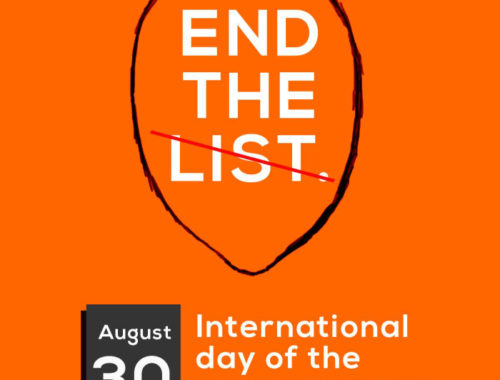 Annually on 30th August we campaign for the disappeared

International day of the disappeared occurs annually on the 30th August.

This day was created to draw attention to all those who have been imprisoned without friends or family knowing where or why.

This also highlight the work that organisations do in order to support and campaign against the secret imprisonment of the disappeared and their families.

Awareness-raising events are organised worldwide on this Day by families of the ‘disappeared’. You can find further information about the Day, and about the campaign to bring about effective implementation of an international convention to protect the ‘disappeared’, on the website of the International Coalition Against Enforced Disappearances.

The International Committee of the Red Cross website has information about their work tracing people missing as a result of armed conflict or internal unrest.

There are also case studies from around the world on the British Red Cross website, as well as a teacher briefing on the Red Cross tracing and message service.