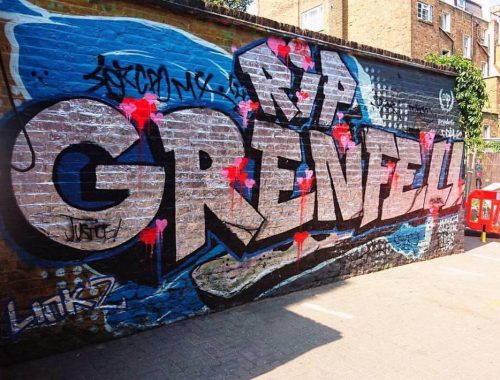 On the 14th June 2017, a fire broke out in the Grenfell Tower in North Kensington, West London. The tower block, built in 1974, had been refurbished only a year before to add decorative cladding to the exterior to improve the aesthetic of the aging Brutalist architecture. It contained 129 flats across 24 floors and was estimated to have housed between 400-600 residents. The fire burned for approximately 60 hours until it was finally extinguished thanks to the efforts of hundreds of fire fighters and 45 fire engines. To date, the confirmed death toll stands at above 80 but is expected to climb into the hundreds, with no official death count expected until the end of 2018. Kensington, London, and the UK were left devastated and grieving in the wake of such a terrible tragedy. 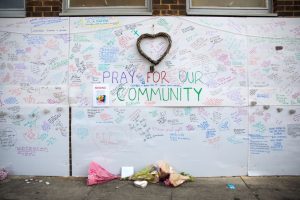 The Government has pledged to conduct a full public enquiry into the fire to ensure lessons are learnt going forwards. Former courts of appeal judge Martin Moore-Bick has been selected to preside over the enquiry. Already the implications of this eye-opening tragedy are becoming known. 650 households have been evacuated from London tower blocks that are fitted with similar cladding to Grenfell. Across the UK it is expected that around 600 tower blocks will need to be inspected in the next few years in line with the concerns that have been raised as a result of Grenfell. The issue is not exclusive to residential properties, with the latest government statement expecting the safety checks to roll out to a number of hospital and government buildings in the near future. A little further afield, in Germany, Wuppertal authorities have evacuated a tower block after an inspection following Grenfell unveiled similar fire risks to those at Grenfell. 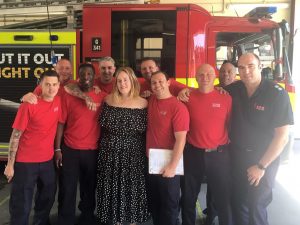 Immediately following the fire came an outpouring of heroic support from the local community, UK charities, businesses, and artists alike. Harrods, which is located in the borough, announced a donation of £1m to the British Red Cross London Fire Relief Fund. This fund provides shelter, blankets, and in-house cooks producing food for the victims and families of tragedies like this. Singer Adele visited the fire fighters on scene to offer her thanks and support. A charity single covering Simon and Garfunkel’s Bridge over Troubled Water was released, featuring the voices of Stormzy, Leona Lewis, and Emile Sandé. Stormzy’s opening rap, which he read as a poem at the music festival Glastonbury, is below:

I refuse to be silenced

I refuse to neglect you

Now that could have been me up there

Waving my white plain Tee up there

All my friends on the ground trying a’ see up there

Went to the block just to chill with the kids

Illana Adamson from Purple Carrot Sustainability, one of Centric’s partner charities, was volunteering on the ground in the immediate wake of the tragedy and has attested to the strong community response she experienced, describing it as “the very best of society.” She reported “van loads of clothes arriving from Scotland hundreds of people descending on the area to help, every church or community group cooking meals for the whole community, homes were offered, money was raised” from people of “every religion, age, ethnicity, and walks of life.” She writes about the “glimmers of hope” that shine through this awful, avoidable tragedy. In the shadow of Grenfell Tower, a spirit of love, unity, and cohesion emerged. From this spirit, Adamson writes, a “determination to pull together” was born.