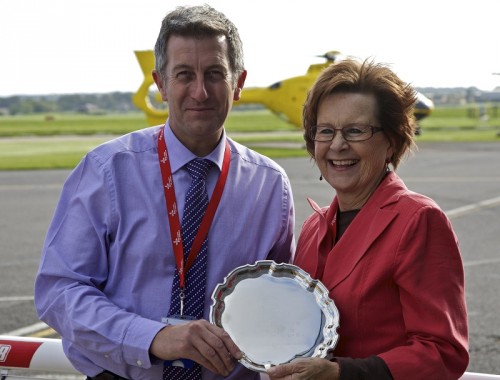 A charity serving the counties of Bedfordshire, Cambridgeshire, Norfolk and Suffolk has won national recognition for their vital work in the eastern region.

The East Anglian Air Ambulance, which has bases at Cambridge & Norwich Airports respectively, scooped the Rescue Services Charity of the Year award following a year of unprecedented success.

The accolade, part of the Charity Today Charity Awards scheme, was awarded after they received an overwhelming amount of nominations and consequent votes in the finals from the British public.

Fighting off stiff competition from a raft of other high profile charities, some as far afield as Scotland, the charity has enjoyed a fine year that has also seen them receive news that The Duke of Cambridge Prince William will be joining the charity as a helicopter pilot in spring 2015.