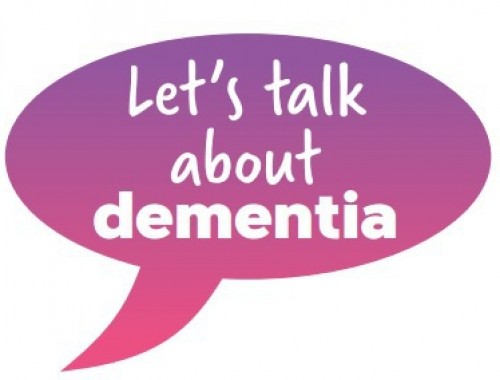 Check out ADS in Maidenhead, they are hosting a variety of events and information stands throughout Dementia Awareness week 2015. Go along and join in or simply just have a chat.

click here to be forwarded to their web site

In the UK, there are about 800,000 people with dementia; it is estimated that around 400,000 people have dementia but do not know it. By raising awareness about this condition, it is hoped that more people will be diagnosed earlier, giving more time for them to come to terms with future symptoms.

Dementia is not a disease. Dementia is a term given to a group of symptoms from certain diseases which affect the brain. Alzheimer’s disease is the most common cause of dementia.

A diagnosis of dementia is often devastating to the person concerned. Other serious diseases, such as cancers, offer hope, however small, of treatment success. The symptoms of dementia are progressive and on an unknown time scale (which can be hard for people with dementia to accept). It could be months or many years before the symptoms become advanced. On a positive note, many people with dementia can live full lives with little or no assistance. Living in the present, doing the fun things now which were planned for later in life, is a strategy which helps some people cope with this condition.

Symptoms of Dementia include:

Communication Problems – linked to memory loss, communication problems often arise when a person is unable to recall a particular word or phrase in conversation.

Changes In Mood – dementia symptoms can have a profound effect on a person’s life; this can give rise to mixed emotions (sadness, anxiety, and anger).

Dementia symptoms are progressive; they worsen over time. Advanced symptoms usually mean that a person is unable to look themselves without assistance. The Alzheimer’s Society helps provide this support.

Dementia Is Not A Natural Part Of Aging – whilst prevalent in the over 65’s, dementia can also affect younger people. In the UK, over 17,000 people under the age of 65 have this condition. It is not uncommon for people in their 50’s to have dementia.

Dementia Is Caused By Diseases Of The Brain – symptoms of dementia are caused by physical disease such as Alzheimer’s which directly affects the brain.

It’s Not Just About Losing Your Memory – dementia can have a huge impact on a person’s life and on the people around them.

It’s Possible To Live Well With Dementia – many people with early stage dementia live full lives although adjustments may be taken to cope with symptoms.

There’s More To A Person Than The Dementia – this is reflected through the recurring ‘Remember The Person’ theme for this event.

Each year ‘Remember The Person’ is the recurring theme for Dementia Awareness Week. In an advanced stage, a person with dementia may not be able to communicate and express themselves. People are encouraged to ‘remember the person’ behind the dementia; the person is more than the dementia.

Sadly, in some cases where symptoms of dementia have advanced, friends of people with dementia no longer visit them; they want to remember how that person used to be. However, whilst the ‘wall of dementia’ is in front of them, they should be held in the same regard, and treated in the same manner as they were, before they had this condition. Even at an advanced stage, people with dementia can sometimes indicate they are aware of those around them; they are still ‘there’.

This event is also a time to support the work of the Alzheimer’s Society through various fundraising activities.

Money raised during Dementia Awareness Week goes a long way to support people with dementia and their families.

Support can take the form of information, practical advice, emotional support through the society’s Dementia Advisors, or through visits by an experienced dementia support worker.

For further information, please click on any of the below headings to be redirected to pages which have useful practical advice on how to care for those who have Dementia.

Preparing Your Home for a Loved One with Alzheimer’s: A Caregiver’s Guide

A Senior’s Guide to Healthy Eating

Dementia and Hygiene: How to Solve Hygiene Problems Common to People with Dementia

6 Signs of Elder Abuse in Seniors with Dementia