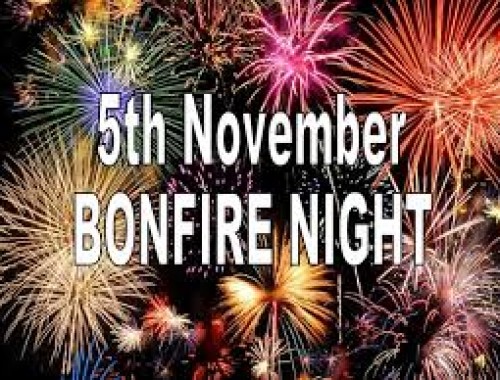 With Bonfire Night coming it is important that you stay safe!

What is bonfire night?

A night in which bonfires and fireworks are lit in memory of the Gunpowder Plot, traditionally including the burning of an effigy of Guy Fawkes. This is celebrated primarily in Britain.

Its history begins with the events of 5 November 1605, when Guy Fawkes a member of the Gunpowder Plot, was arrested while guarding explosives the plotters had placed beneath the House of Lords.

Celebrating the fact that King James 1 had survived the attempt on his life, people lit bonfires around London, and months later the introduction of the Observance of 5th November Act enforced an annual public day of thanksgiving for the plot’s failure.

Annually on the 5th November

Stand far away from both the fire and fireworks

Only use sparklers if supervised by an adult

Keep cats and dogs inside during bonfire night

Do a double check of the bonfire before lighting

Keep an emergency bucket of water near

Go near a fire work after it has been lit

Go near a firework after it has gone off

Use sparklers without wearing gloves

Give sparklers to anybody under age

Light fireworks after 11pm, as this is illegal